CAP tables are cash tables that have a pre-defined limitation (CAP) on the amount of money that each player is able to wager in a single hand.

Hands in CAP tables are played exactly the same as in regular No-Limit/Pot-Limit games, including all of the traditional pre-flop and post-flop betting rounds, until the CAP is reached. Once this happens, all of the players who remain in the hand are treated as if they are all in for the remainder of the hand. This means that they are unable to contribute additional money into the pot.

For example, in a cash game with blinds of $0.5/$1 and a CAP of $20, each player at the table is able to wager up to $20 on each hand, even if the player has more than $20 in chips in front of him/her on the table. In cases where players have reached the $20 CAP, they will be considered “all-in” for the remainder of the hand and will be unable to place additional bets into the pot until the hand has been completed.


Look out for the CAP amount in brackets next to the table name. For example: La Paz ($4 CAP). 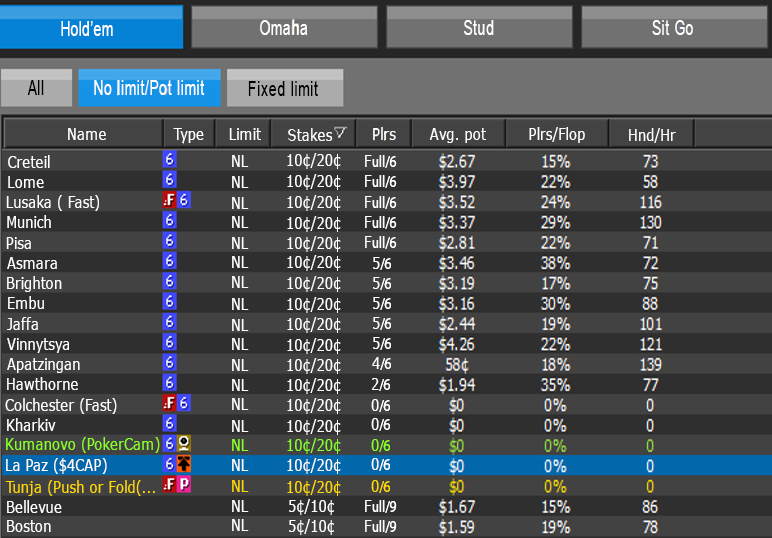 As a player in the USA, you must click here to visit our local website, receive your registration bonus and play our games.